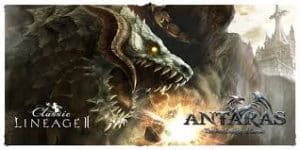 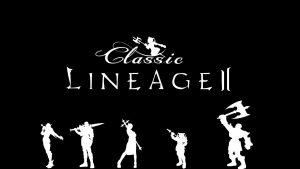 the Acquisition of licenses already available to all.

welcome to all for a fruitful mutual cooperation.

Upon request we provide a test server for review.

Assembly adapted for protection against packet hacks – L2s-Guard (it is Possible to connect other types of protection).

Assembly is provided with a binding of iron and is available on 1 external Ip address. This Assembly is available in a fully compiled state. Failure to comply with the non-proliferation Treaty Assembly, cooperation with us is completely terminated.

Beware of buying assemblies on the side, because you anywhere else except on our website does not sell the original. No dealers we have, all who pretend to be our distributors and TP – you are deceived. Also remember, even if someone sells our Assembly, then purchasing it from the side, you run the risk of not only being cheated, but also speilet the project at the start.

+ Start of realization: Knights of Baltus-Antaras;
* Fix database installation;
* Fix Hero skills
* Cosmetics send the message on the extension of time in the Arena of Clans;
+ Spelled out stats and weapons minions in the arena of Clans;
* On 5,15,20 levels Arena Clans spavnyatsya 2 RB-Fake and Real;
* Cosmetics rewards in the Clan Arena;
* Clans Arena Cosmetics;
* Cosmetics phrases, the NPC in the Arena of Clans on offs;
* Rewritten mechanics Arena Clans fully 1 in 1 on offu;
* Cosmetics spawn Supplies in the Arena for Clans offs;
* Minions in the Clan Arena spawn after the first RB attack;
* RB Arena Clans to spawn in the booth and go through the gate to the center of the arena uttering the phrase;
* RB on Arena Clans on fact are aggressive;
* Fixed stats of RB and minions 1, 2 waves of Clans Arena;
* Clan arena is a PvP zone;
* All RB on Clan Arena have on 3 minion;
* Spelled out the right weapons and statutes RB and Minions (25794) Kutis;
* Fixed / nexttarget command;
* Bosses are not regenade when you return home;
* Fix display list of learning skills;

* Fix water at the entrance to the Catacombs of the Forbidden Way;
* Fix itema 70932
* Fix agatino “Singer and Dancer”
* Insert runes into weapons in all cities except for starting
* sync classic_zaken[12732-12755];
* Private manufactory work fix;
* Clan vault operation fix;
* Fixed work of banks;
* Fixed work of private trading;
* Fixed jewelry of Bauma;
– A rollback unnecessary;
* Fixed work of trade;
* Fix sending items by mail;
* Fix the presence of the ability to Deadly Rhythm (Deadly Strike) Virtuoso and Ghost Dancer;
* Fixed a visual display of hats;
+ Added the location of the Catacombs of the Witches;
+ For the soul eater class-Added new skill levels
+ Class-Master of Magic — new levels Added study skills
+ For Class Lord of the Storm-Added new levels of learning skills
+ Virtuoso, Ghost Dancer — Changed the duration of some abilities from 2 minutes to 5, also increased the consumption of Mr
+ Class Virtuoso — Added new levels of study skills
+ Class Phantom Dancer — new levels Added study skills
+ The Apostle, the Despot, the Voice of doom — Increased duration of the following skills

Added a new level of skill learning: Summon the king of Cats?
+ For the class master of the Elements — Added a new ability: the Capacity of a Unicorn?,

Full sync from the previous Chronicles.

We use cookies to ensure that we give you the best experience on our website. If you continue to use this site we will assume that you are happy with it.OkRead more