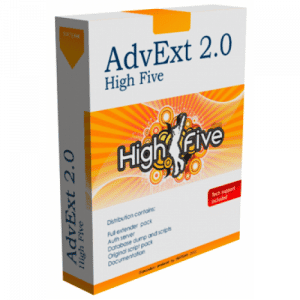 AdvExt High Five is the leading product of our extenders! AdvExt High Five is a is a fully functioning High Five server based on the original Gracia Final PTS server core and Freya scripts pack extended to the High Five part 5. It has a lot of additions, faster functional and mechanics that make your server way more flexible to set any kind of task. AdvExt High Five is a result of a mixture between retail files and a set of AdvExt additions that allows you to create interesting and unique game projects. It is also being constantly fixed and updated in order to provide a quality service on the game market.

AdvExt High Five has implemented almost all the original functionality of the current chronicle, including all weapons, skills, items, quests, changes of the clan system, raid bosses, olympiad and much more. T

In addition, AdvExt High Five offers servers administrators and players a variety of additional tools in order to create their own unique yet quality server: