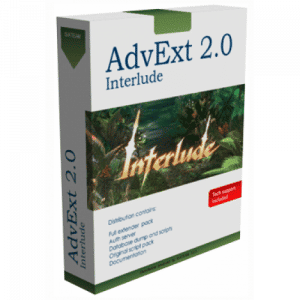 AdvExt Interlude has every part of functionality of original retail Interlude:

In addition, AdvExt Interlude offers servers administrators and players a variety of custom tools in order to create their own unique and quality server: